A portly, red man sits in a yellow inter tube, buoyed in the middle of impeccable blue waters. It’s a sight of stark contrasts, jarring to the eye from shore. 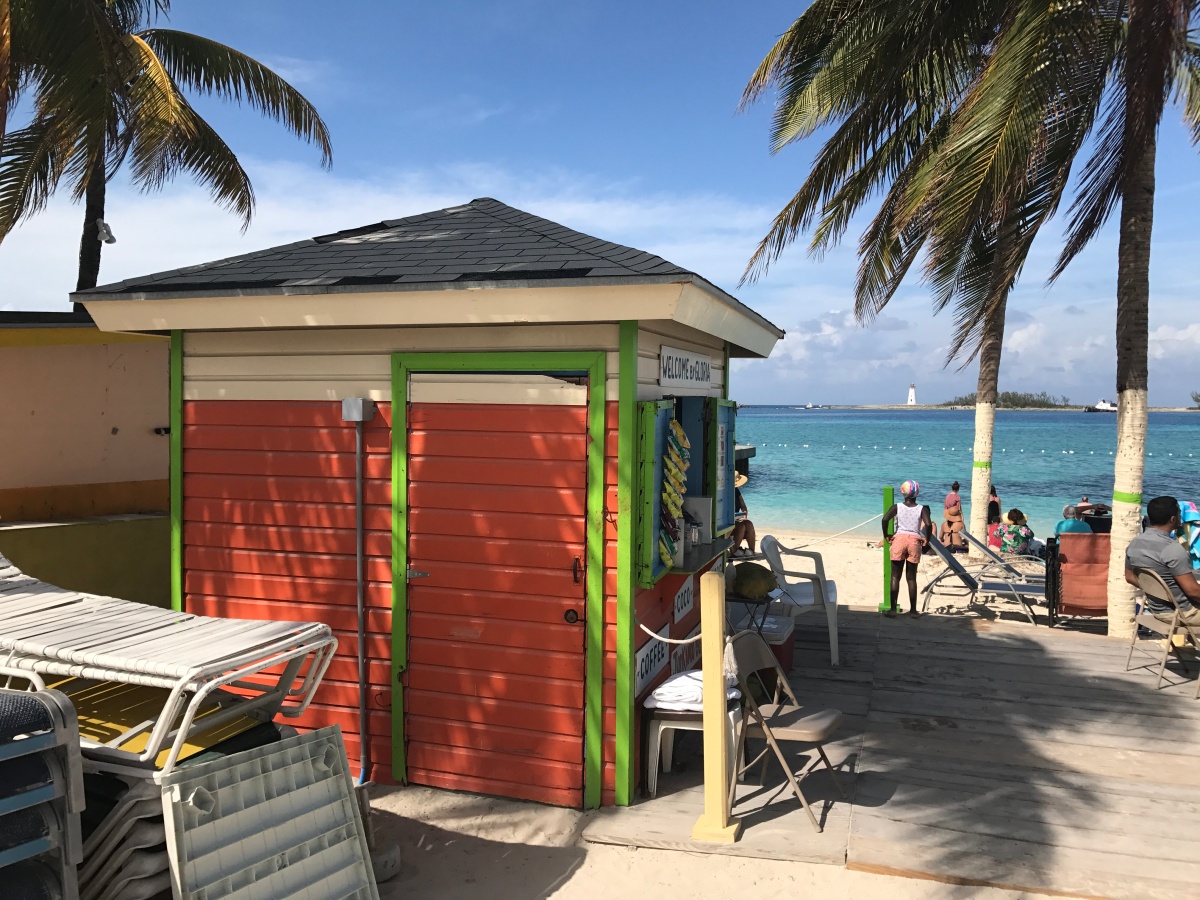 Junkanoo, or as the locals call it ‘the long wharf’ is known for it’s sweeping sun-filled strip, like a South beach of the Bahamas. Palms sway overhead as shade, and the crash of the surf is only feet away. Cruise ships port nearby and drop swathes of restless vacationers each day. Shops  open, and the Bahamas is in business as the locals try to pawn wooden carvings, vibrant patterned dresses and massages on tourists.

Plopped in the center of it all is a seaside shack known as the Tiki bikini hut. Their special of the day reads ‘4 shots and 4 beers for 10 Bahamian dollars,’ in lazy handwriting. The currency exchange is 1 to 1—it’s an amazing deal regardless.

But we’re on vacation, and it’s the down season, so why get hammered drunk when you can relax with a tropical libation. 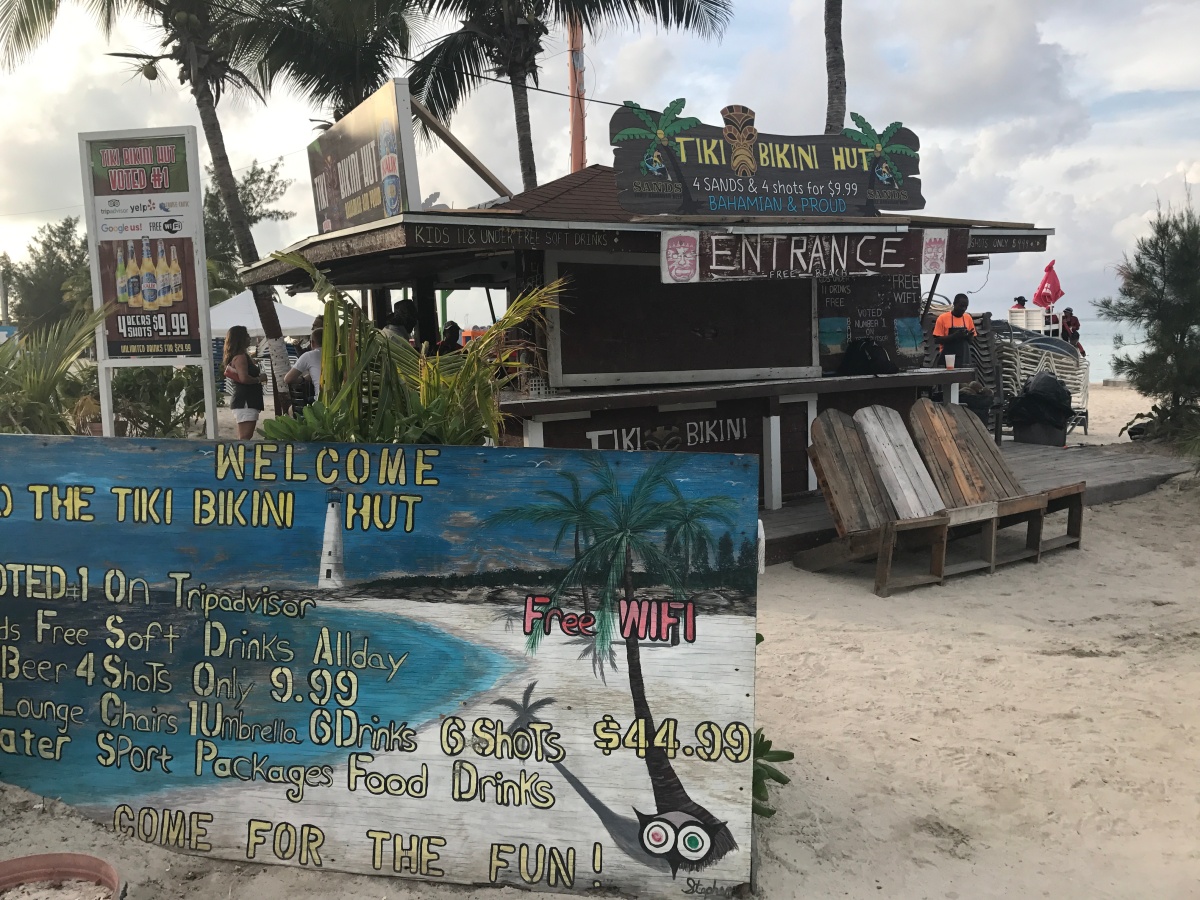 After a long trek to the island’s only McDonalds, where I purchased and mixed a McCafe and a Bounty bar Mcflurry, I returned to the beach to see my two comrades snoozing with faces full of sand.  My girlfriend has a habit of saying, ‘I fell asleep,’ every time she wakes up, still half in a dream state–I can’t help but smile at this. We shook our friend Brandon, and told him it was time for some drinks.

We walked up to a small bar area in the center, and almost immediately, the manager zoomed around the corner to greet us. He was a gregarious guy, and seemed to know everyone that sat on his barstools. Pointing at the two bartenders, he said ‘they’ll help you out,’ with a pat and a wink.

When the tourists hurry back to their cruiser,  the shipmates swing by for a quick drink. The locals then call it a day, start pack up their shops and huddle around the hut waiting for service.

All together we tried these particularly sweet drinks. 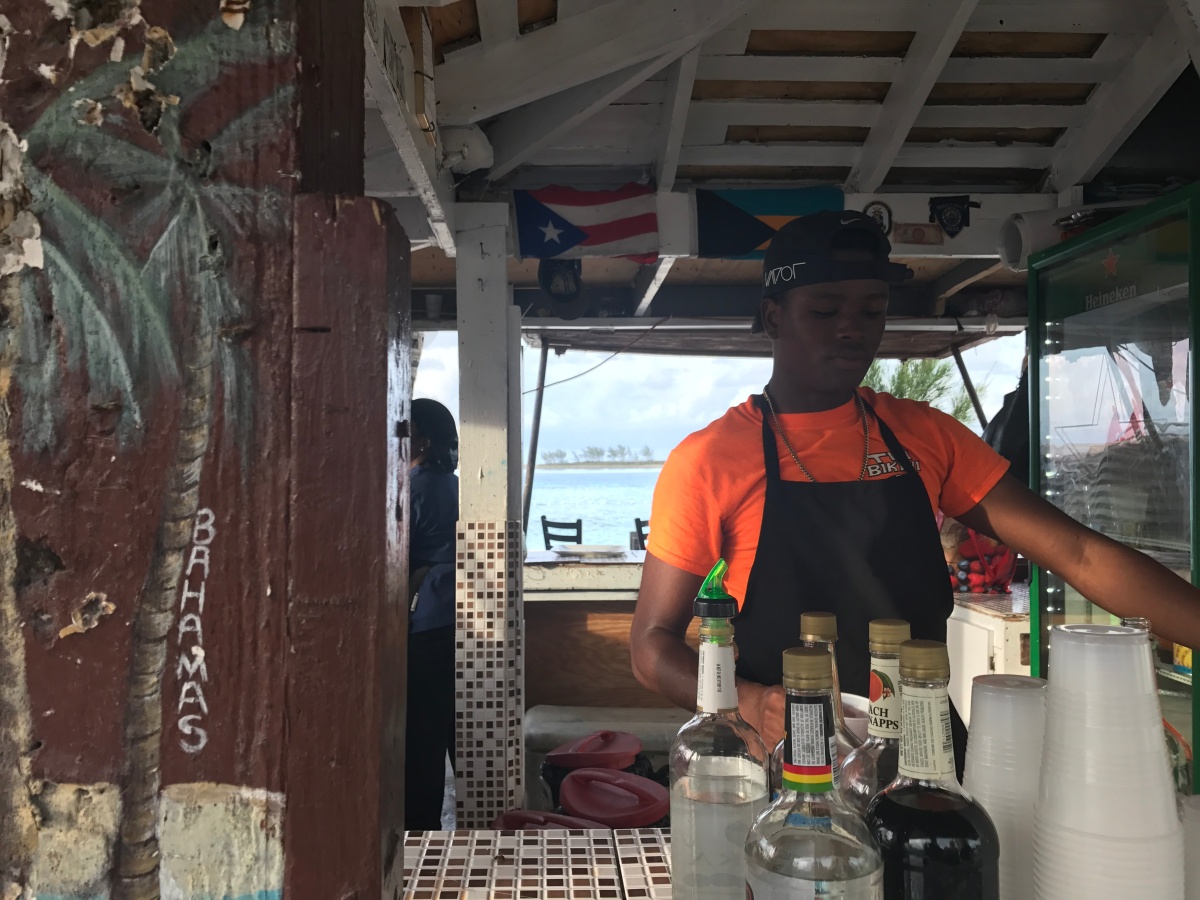 I ordered a Sky Juice, a gin-coconut blend, my girlfriend ordered an orange drink called a Bahama Mama, and Brandon had the classic Pina Colada.

The Sky Juice was the strongest of the three, an interesting drink consisting of gin, coconut water, condensed milk, sugar and cinnamon. The two others are rum based drink–you know the Caribbean people and their rum. The Bahama Mama consists of light and dark rums, pineapple and orange juices shaken together and poured over ice. A Caribbean Pina Colada is pineapple juice, coconut water (as opposed to cream),  and light rum blended into frappe and garnished.

After a couple of these I looked around, and noticed everyone was feeling the island spirits.  The drinks weren’t amazing, but the vibe was just right and enough to carry you through  a velvet sunset. At this place and time, these drinks receive the highest honor of the ideal drink.