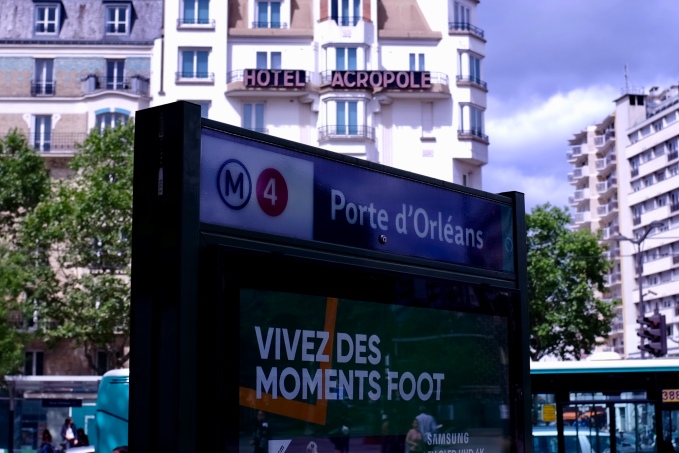 This Porte, or door of Paris is a hectic spot during the day with heavy traffic, and sullen faces. But it was my first home, or should I say the door to Paris from my first home in the France, so it’ll forever be a sentimental place. 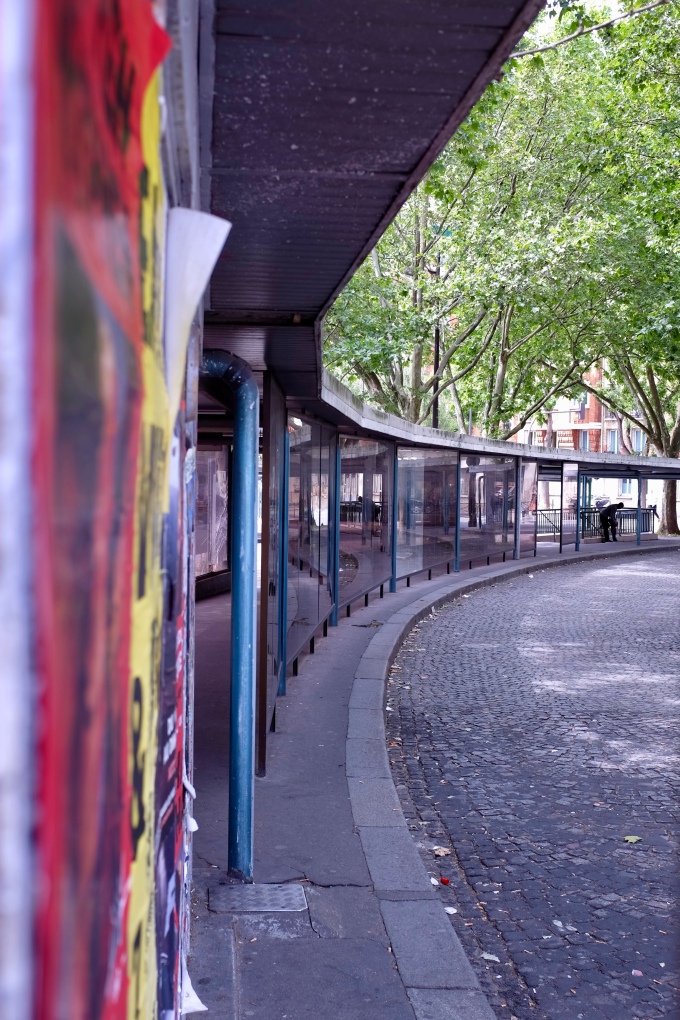 A bus terminal rests to the Southwest and Southeast; a tram line rolls through the center; and on the North end, Avenue General Leclerc leads you towards the Catacombs of Paris. The area also hosts several homeless men, which is, unfortunately, a very apparent problem in the city. 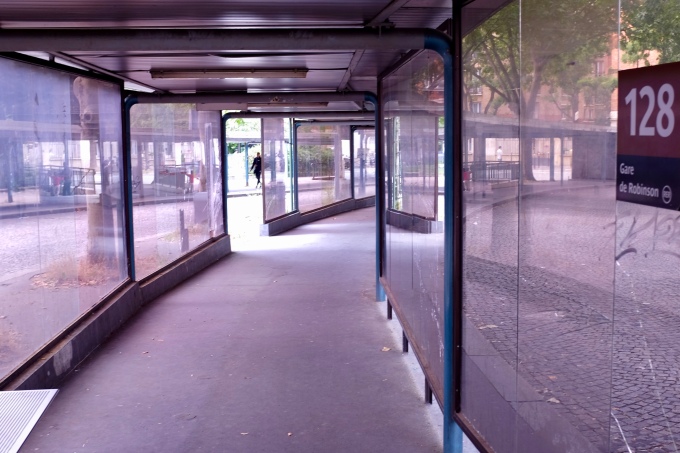 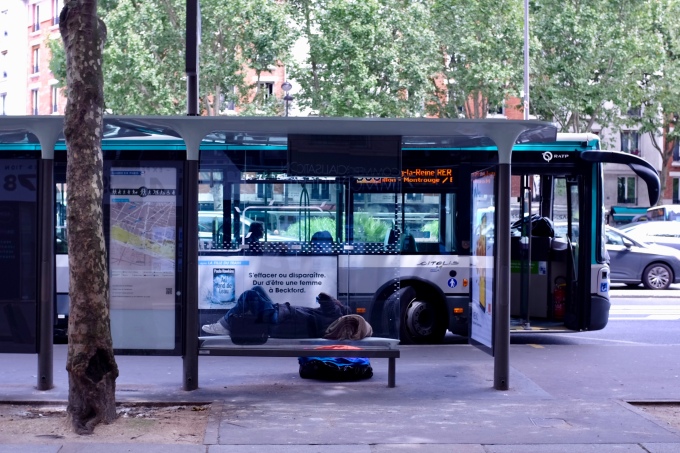 It’s still Paris. A woman with a flowing black overcoat and obtrusive sunglasses picks up a well-groomed greyhound before they cross the street; at another instance, two archetypal insta-girls pass with simple white tank tops, combat boots, and plaid pants; a mec with windswept hair and a blue blazer cuts me off; however, most pedestrians are city workers, heading home after long hours.

Skip Port D’Orleans (there’s really nothing to see!) unless it’s mandatory that you walk through it for your hotel, as a transfer point to the tram, or to buy a pack of cigarettes.

A small park beyond the Southwest bus terminals makes a decent place to sit and eat a sandwich or pound a croissant. But, I’d even refrain from buying this snack in Porte D’Orleans. 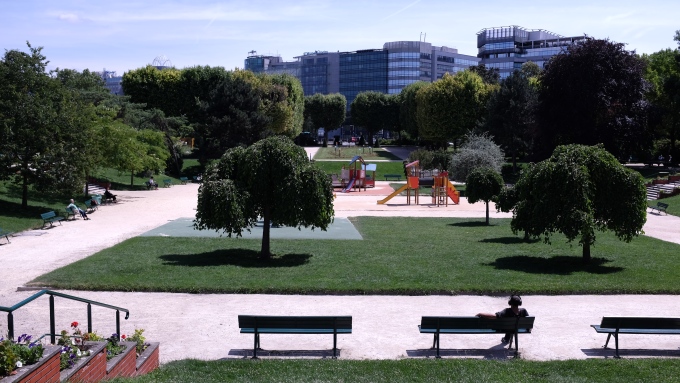 At night, it’s the same thing. The place isn’t dodgy, but it surely isn’t an area you’d want to spend a night out, or even stop to get a drink.

If you’re for some reason marooned here, fret not, I’ve compiled a list of nearby bars, which are surprisingly…nice. 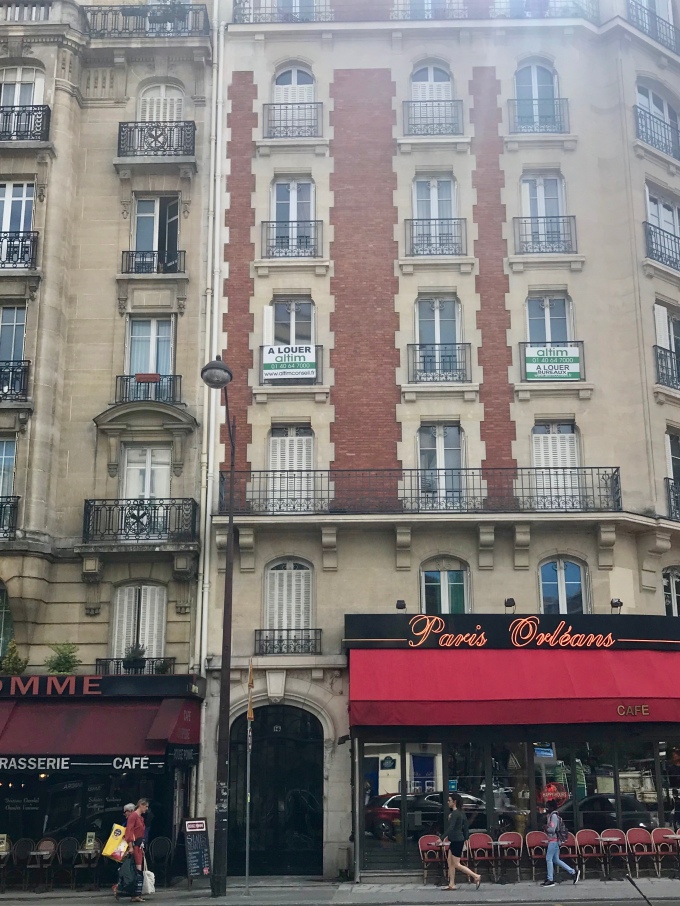 Ps. Living in large cities over the past 2 years, I’ve seen the bad shape some people are because of economic circumstances. In New York especially, it weighed heavily on my heart.  On my daily A-train commute, two or three homeless people would walk through, some asking for money, some in such poor shape that they couldn’t form the words, due to terrets or other mental disorders, and the masses would act as if these people didn’t exist.  Books and cellphones held over their face, only a few would give them pocket change or something from their TJ’s bag, but this passive approach, in the end, doesn’t solve anything. Below, I’ll link the Bowery mission, a place that I personally have walked by dozens of times when I lived in New York, and I know the difference that they make to the city. For every five likes this post gets, I’ll donate $25 to the mission.

Donate to the Bowery Mission: