Lines seem to be a theme in Denfert Rochereau.

Once I saw a guy ask acceuil (information), ‘where’s the bus driver?’ and put his face towards the sky in agony when the answer was ‘he’s taking a coffee.’

Denfert, once you step out of the line, is a fantastic little place. It’s great for a day or a night. It’s great for meeting friends, walking around, exploration and drinks. 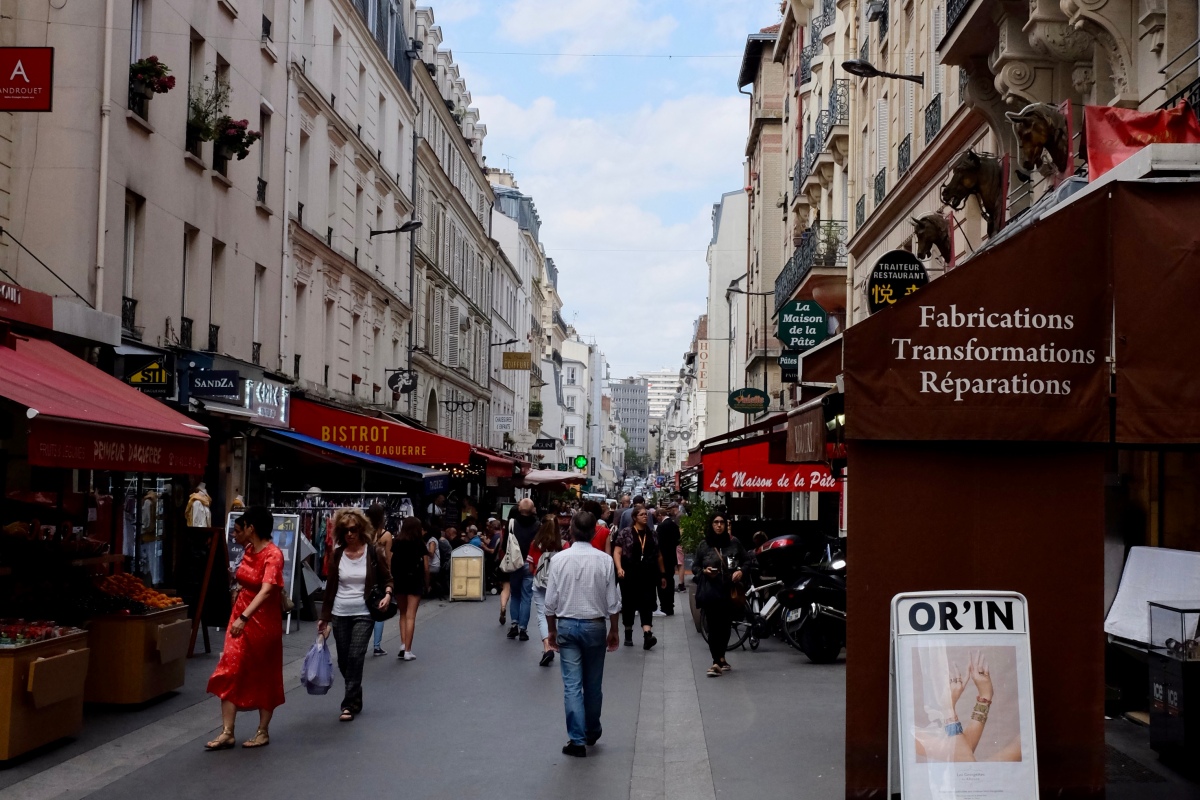 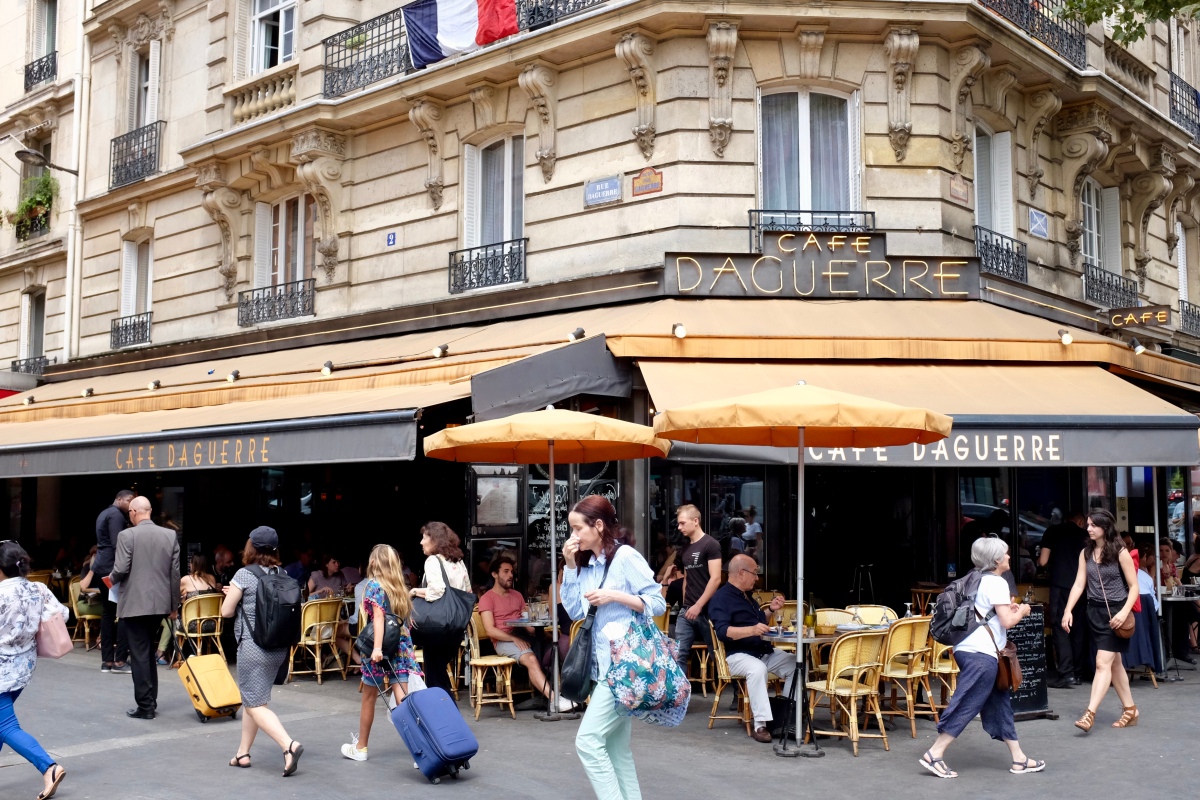 Rue Daguerre, just a block away, is a major walking street in Denfert Rochereau that is home to bars, cafés, and eateries. There are also boutiques, a fish market, a good bowl of pho and a wonderful stall for farm-to-table produce.

I’ll write another article on it, but I recommend walking through and seeing what attracts you. (Coming soon) 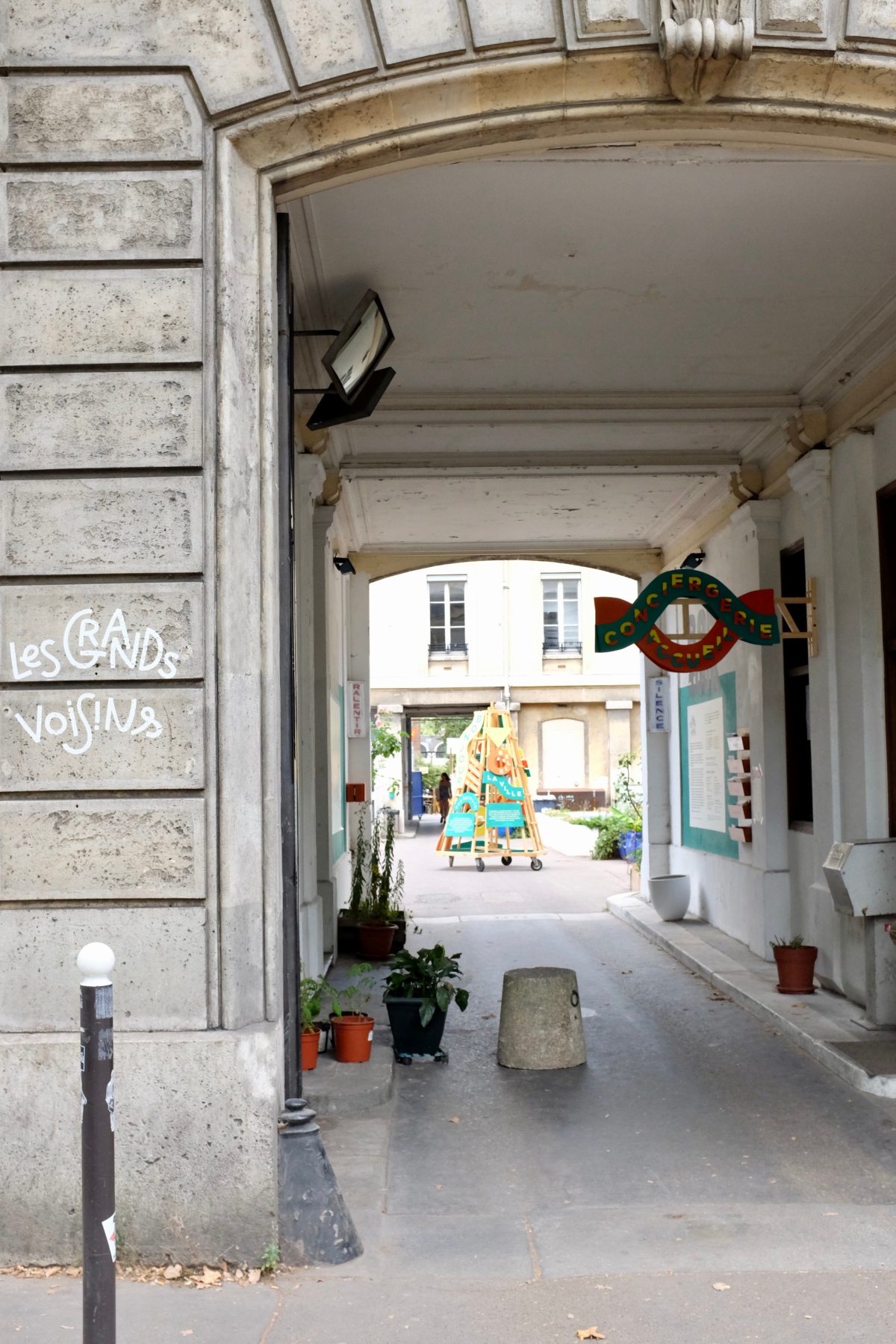 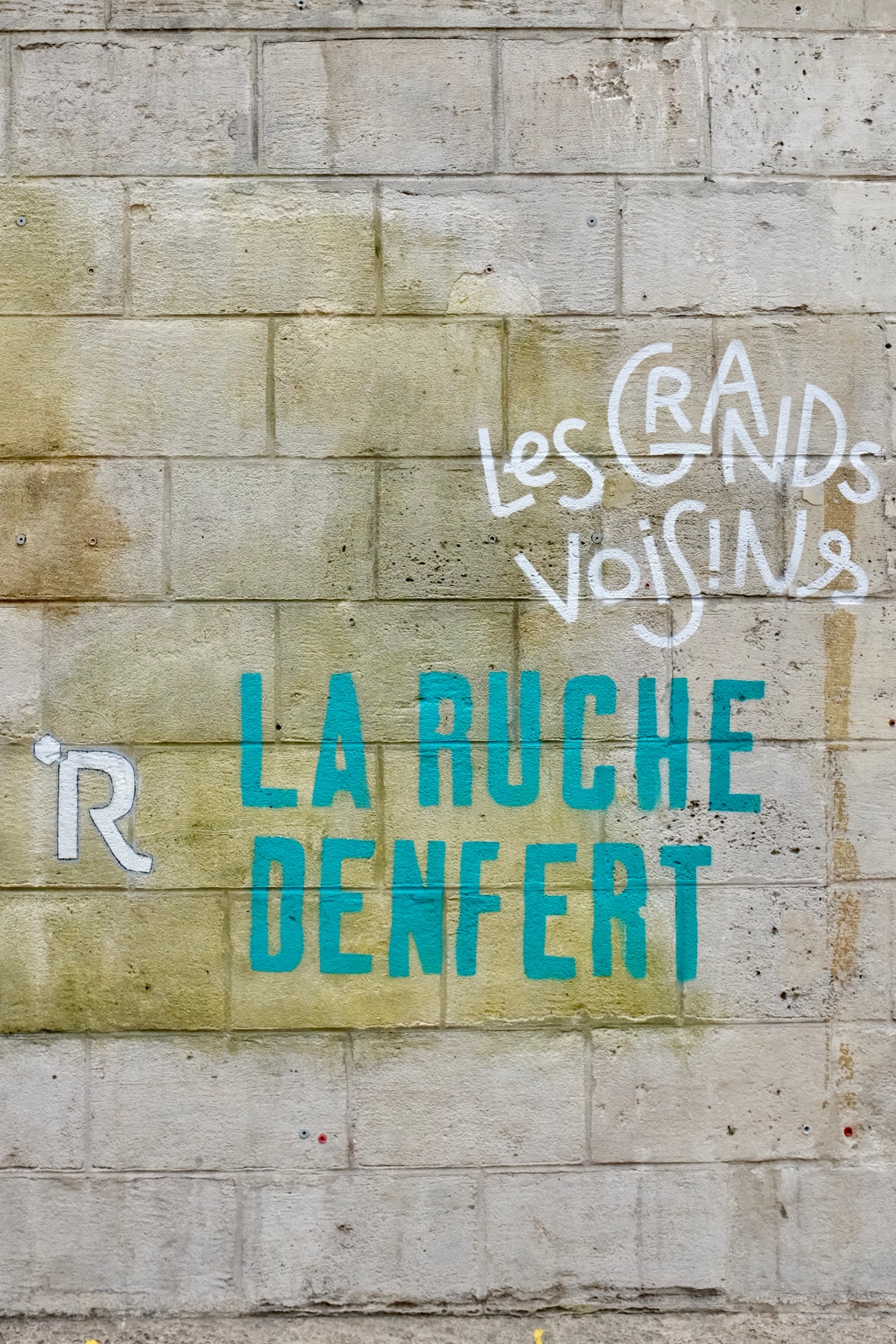 A sprawling playground for adults called Les Grands Voisins is down Avenue Denfert Rochereau. It’s a massive beer garden with live music, pop-up shops and a few food vendors inside an abandoned hospital.

At night, big band jazz jams for an exuberant crowd of at least 100 people. During the day board-game developers give tutorials for their newest releases. Since moving from Brooklyn, this is one of the few places that have impressed me with its uniqueness and creativity. 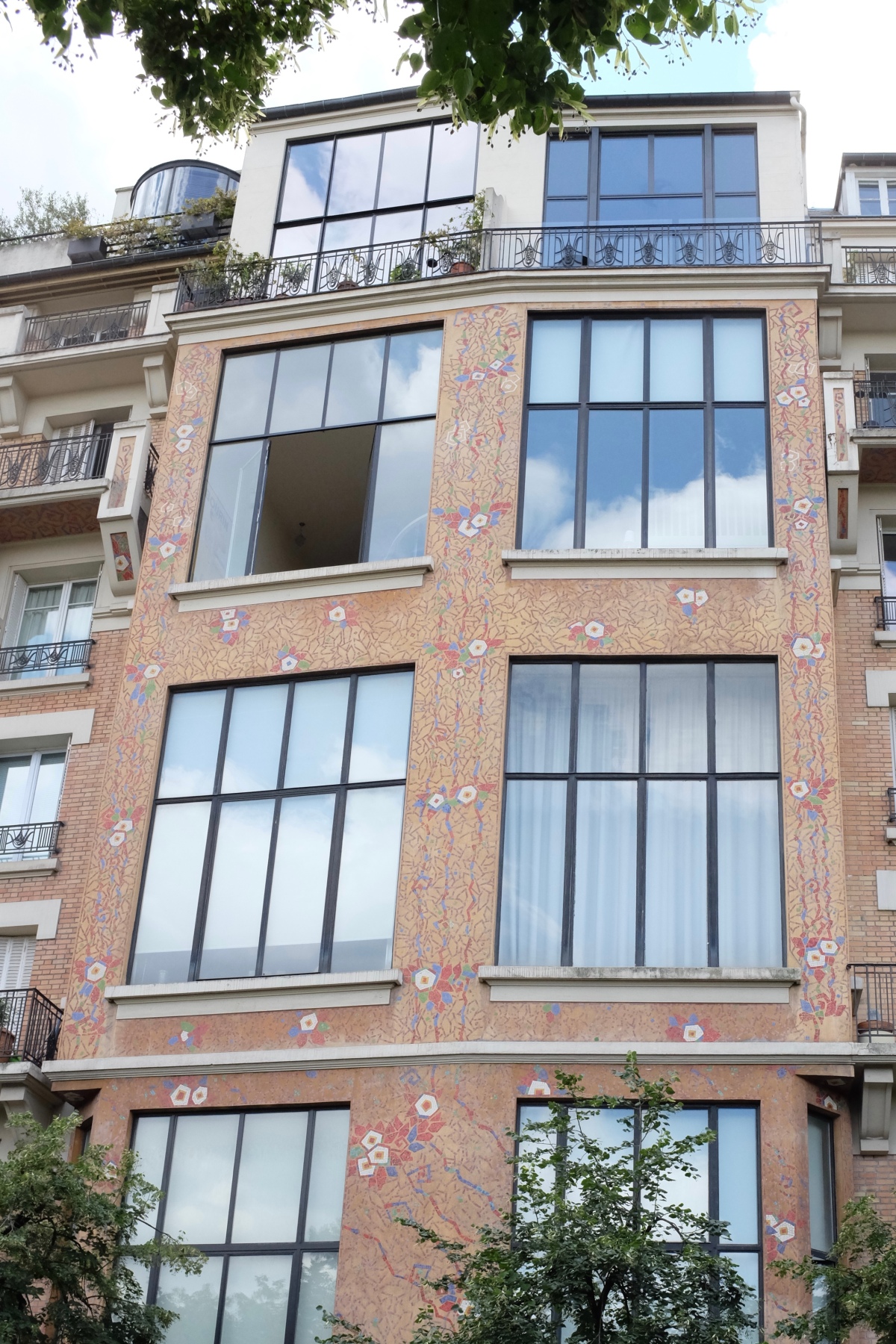 The history of the neighborhood is well documented and even referenced in Les Miserables, unique periods of style marks the architecture. 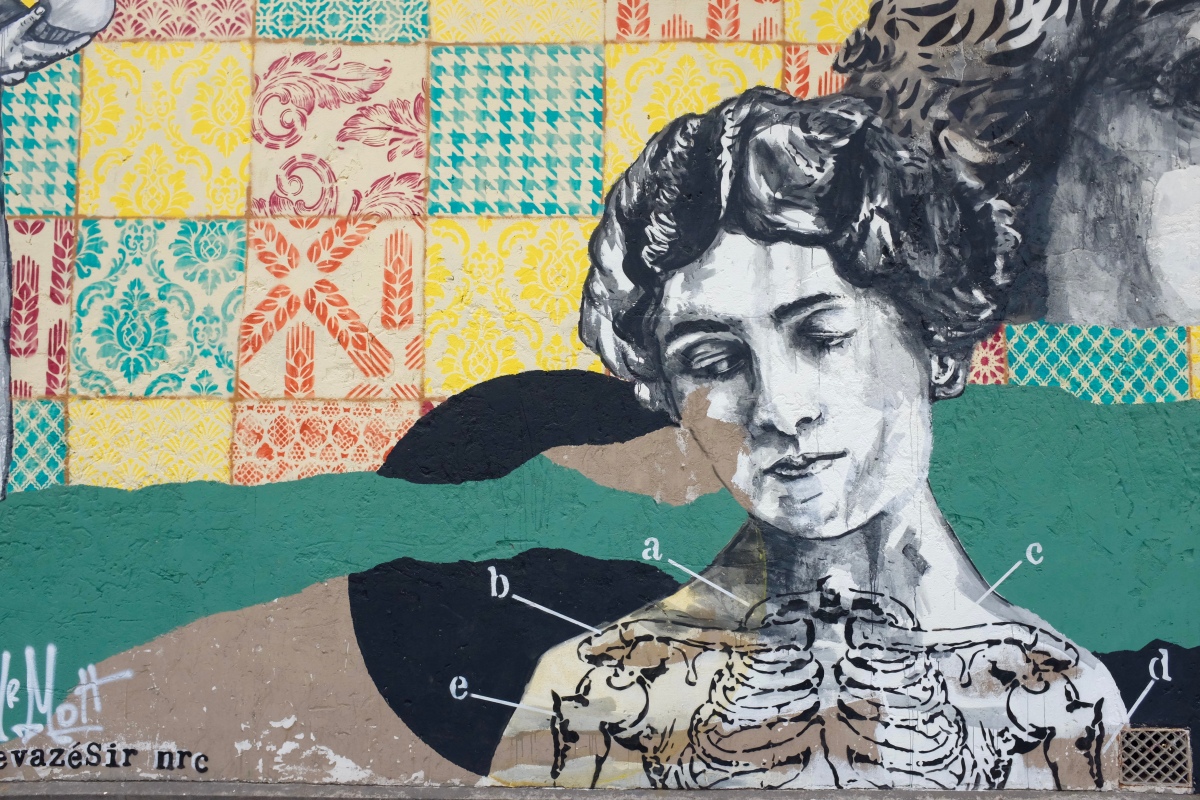 There’s also a hodgepodge of cool street art. While not enough to stop and admire, it puts a nice accent on the neighborhood. 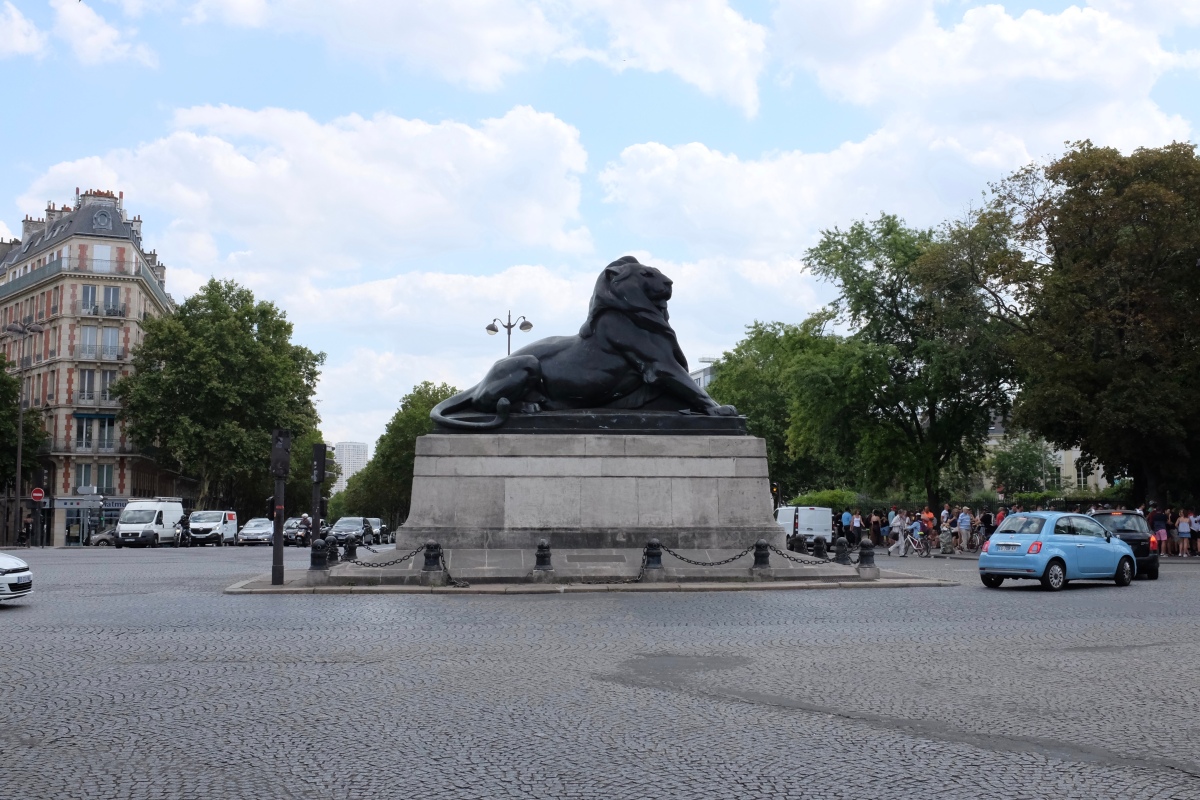 Denfert Rochereau is my favorite hub in South Paris, because of its variety of bars, restaurants, and shops. It is well worth a visit, for reasons other than standing in line.