How do you choose a bar at random in Paris?

On a sweltering, August night, you choose based on the number of Parisian’s clustered out front. On a frigid, November night, you check the windows’ opacity.

L’Ours bar (the bear bar) had a particularly foggy frontage, but it wasn’t the reason we’d chosen the place.

Inside, a blond Brit wearing an oversized, black Supreme sweater sweeps passed us with 4 carbonated highballs in his hands. He nudges two of them to his date, a Frenchie. Whether they know each other or are on a Tinder date isn’t clear. But if it is a date,  L’Ours was a good choice. They santé, and he jokes that ‘this should last them a while.’

On its peaks, the bar is elbow to elbow. On its droughts, you’re lucky to find a seat. The usual suspects make an appearance, knit sweaters, blue button-down shirts, Suncoo blouses,  Godard thick-framed glasses.  The crowd isn’t edgy, or pretentious, just your run-of-the-mill Yuppie.

The bar isn’t edgy, or pretentious either; it’s sociable and…kinda fun! There are bear masks hanging from walls. At the bar, jars of quirky garnishes rest in a colorful spectrum. And the liquor selection isn’t overBEARing (boom). 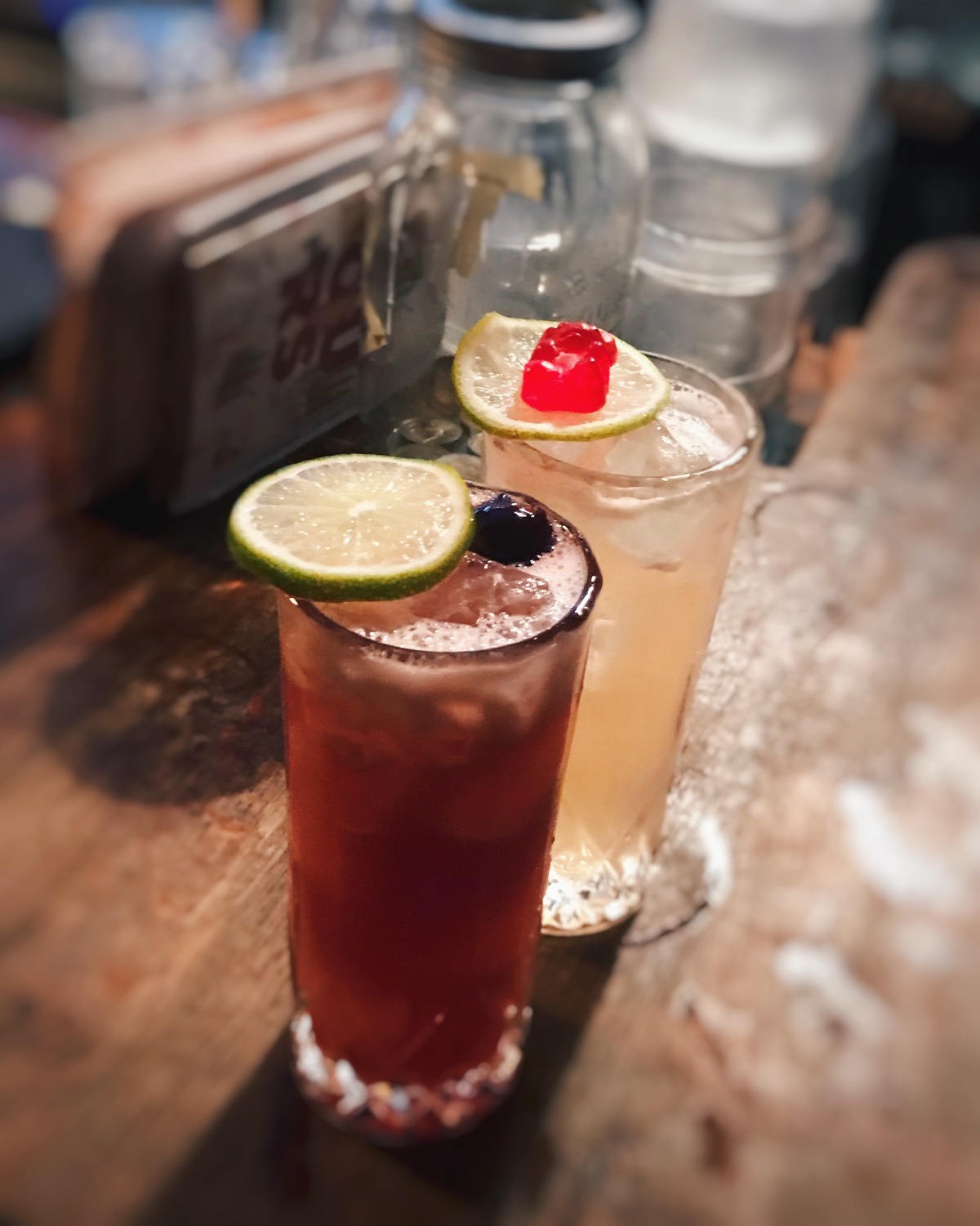 I like L’Ours bar a lot, but, it’s frustrating because they only do things slightly better than average.

They have house cocktails, for example, which is a good sign…a plus! As I taste each of them (Le Grande Ours, Jardin Anglais), one thing becomes clear–they’re too sweet. Still, the L’Ours team makes a good effort (and look polished doing it). The bartenders are quick, down to earth, and professional. For the crowd size, they make a great team.

Five elegant girls swoop in to nab the table that just emptied behind us. The tinder daters leave, so we scoot down on our standing table, and order more drinks. I make a mental note that Happy Hour is a RiDIcuLOus deal at 6 Euro per drink.

Moments later a large swathe of people come through the doors. They look numb, disoriented from the cold. Perhaps a pub crawl, I speculate, and that means it’s time for us to go.

Bars such as the L’Ours don’t necessarily make you stop and say, ‘wow, that was a real treat!’  I’m not sure who says that anyways. But their crowd, vibe, and good drinks nudge you in the right direction.

It’s a real treat to have a reliable bar in the arsenal.  One where you can take a pub crawl, a tinder date, or a coworker. The bar is truly lighthearted, and no matter the occasion, it’s a place you can be assured a good time. And that’s sets the bear high for the rest of the evening.

Branding in France distills down to three principles; is it cute, is it time-honored, or is it refined?