On the outside, it resembles a little Bohemian haven that you’d expect to catch while whizzing past the town of Woodstock. Wooden trinkets cover the windows, the chandeliers are crafted from wine glasses, live music is often emanating, and when it’s not live, it’s music from the Woodstock Era, Crosby Stills, Hendrix, Credence Clearwater. This bar occupies a very special place in my New York experience. And when I move from Astoria this summer, it will be dearly missed.

Rest-au-rant or RAR bar is at once replaceable and irreplaceable (think U2 With or Without You), because it’s a component vital to any neighborhood. It’s the bar next door, metaphorically and literally.

And what’s so special about Rest-au-rant?

Frankly, it’s not the food. Although their hamburger with a slice of Gorgonzola, 3$ Sliders, No Commitment Charcuterie, and a couple of others get the job done. A couple of plates however, have left me with quizzical looks.

The events that they host, Comedy Night (Tuesday), Live Music (Thursday & Saturday), Film Night (Sunday), are very cool, and I oft-go to them, but they are nothing specific to this bar.

It’s the vibe. The vibe is extraordinary, especially on humdrum, foggy Winter Thursday nights when it’s just you and a hatful of other faces jaded from the city life. Like a randomly unfriendly patron once told me during a long talk, ‘I don’t talk to random people at bars.’ He was an indie Movie director, with Andy Warholic looks, and a mercurial gaze that shifted from his drink to his phone screen. But we talked, and talked, until it was time for a nightcap and to head our separate ways.

Another night, I met a Puerto-Rican businessman with girlfriend troubles. We talked about Hawaiian-Puerto Ricans, the diaspora. My family’s diaspora. He seemed to take off his troubles with his winter coat, as he showed me a Youtube video of how these two little islands connected.

Once I met a pair of lawyers who had just left the courthouse. They just needed to blow off some steam with Friday afternoon Pear Martinis, and pork belly tacos. I was there to get some Headspace, but ended up with free tacos and a great time with a convivial bunch of never-see-you-agains. 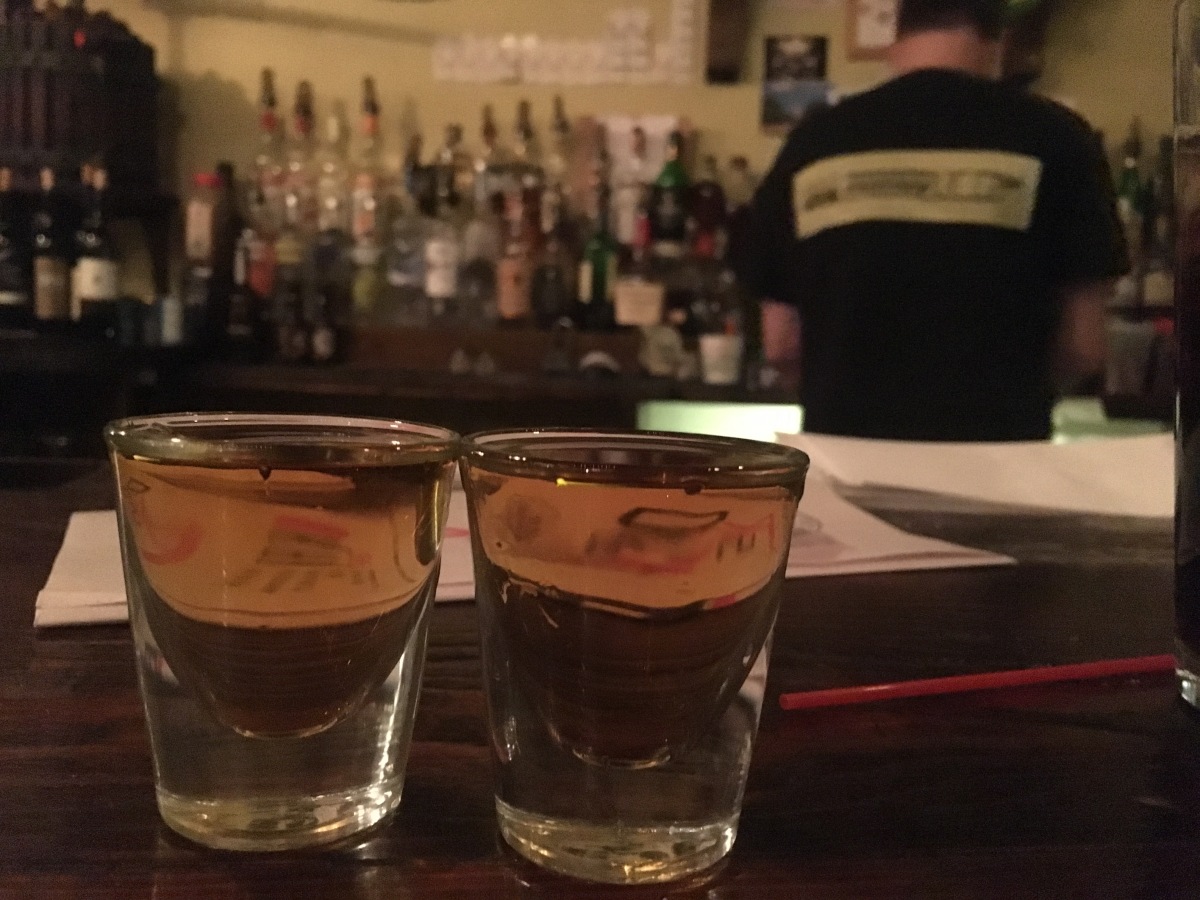 Tina, the owner of the bar, hand-crafted most of the items that give the bar that boho-chic flavor. She says that she wants it to be a gathering spot for the artists in the neighborhood, and she has succeeded while still having a clientele that are the unpretentious, Astorian leftovers from the pre L-line shift. The bar itself is built in a horseshoe shape that she designed. The plates are molded and crafted for the particular dish. The stage for live music was assembled by her.

DB, the daytime bartender is the friendliest, most laid-back guy you’ll ever meet. He played American Roots music down across the Mason-Dixon, and graced us by coming up North.  I bought his album. No shame. And every time I’ve walked in, he’s given me a new viewpoint on anything that’s been troubling me.

They know what kind of beer I want when I sit down; they boast a real community of locals, not just eccentric individuals who reach for attention, but genuine, humble, as salt of the earth as you can get in the biggest city in the U.S; and they are the embodiment of the second home–an antithesis to those wayward souls who languish over a drink in a stuffy Manhattan cocktail bar.

Basically, find yourself a Rar Bar and hold on for as long as you can.